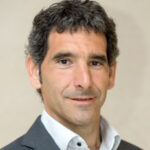 Rikardo Lamadrid Intxaurraga has been the Director of Technology and Advanced Learning at the Basque Government’s Department of Education since 2017. His Directorate is responsible for Applied Research and Innovation in Vocational Training, active Entrepreneurship, sustainability in the Basque VT system, and excellence in VT. On the other hand, it is also responsible for the training of VT teachers, the STEAM strategy at VT centres, applied innovation projects in collaboration with SMEs, the internationalisation of VT in the Basque Country, and some other areas.

Before joining the Basque Government in 2017, he worked as a VT teacher and was Headmaster of the Aretxabaleta Lanbide Eskola Integrated VT Centre. He was also Vice-president and later President of the IKASLAN GIPUZKOA association of public centres, from 2015 until early 2017. In short, a professional life dedicated to VT.